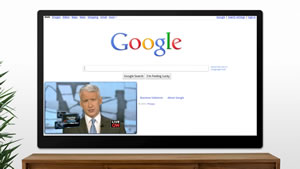 Ugoos has created additional capabilities in Android OS. You now have extra options like:

The UT3 PLUS comes with the latest firmware. This firmware supports OTA (firmware updates over the internet and you will automatically receive a message) updates. From now on, you always have the latest firmware on your android tv box. The annoying updating via a Windows PC is now happily happening to the past!


It is possible to set dual boot firmware on your Ugoos UT3 PLUS. You can now choose between 2 operating systems.

So you can easily switch between the two operating systems. For Linux, a keyboard is required.

Ugoos has the only option.

There are still many users using android 4.4 on our popular UGOOS RK3288 devices, and these users can not perform manual firmware updates on their PC themselves. For them, Ugoos has made the automatic firmware update (OTA), making it now very easy to upgrade from android 4.4 Kitkat to android 5.1 Lollipop, which is very important for Kodi, for example. Kodi requires minimum Android 5.1 Lollipop. 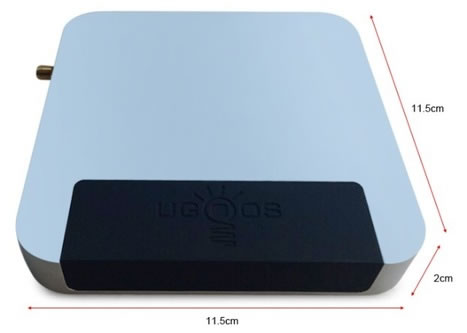 The UT3 PLUS is the successor to the UT3 (this also had an HDMI in port).

Also Ugoos can not be left behind and comes with a monstrous Quad Core Androidbox. The UT3 models are based on the Rockchip RK3288 SoC. Ugoos has been renowned for the UG007 and MK809, but also on the fairly new Ugoos UM2 and Ugoos UT2 which include a RK3188 Quad Core processor. These popular Android mini PCs are built high quality and deliver fast performance, but the Ugoos UT3 will surely surpass this. The RK3288 SoC will do all the work, turning from simple apps to playing heavy games. This is a real high performance Androidbox. Even the brand new video format H.265 is supported by this box! 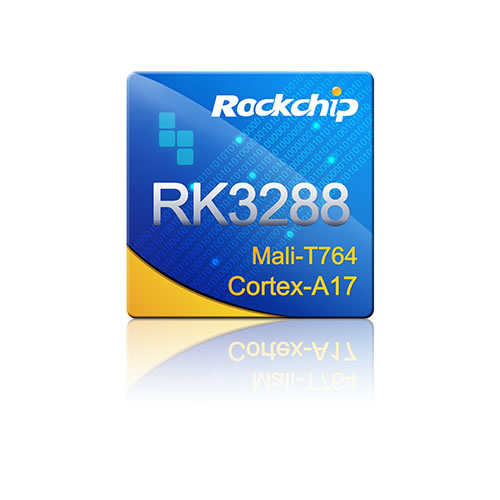 System on a Chip

The Ugoos UT3 PLUS is equipped with Rockchip's heavyweight RK3288 SoC. This System on a Chip has everything an Androidbox needs on a single Chip. The most important thing about this chip is the processor, video card, RAM (RAM) and internal memory (ROM). The processor is a Quad Core ARM Cortex A17. ARM is known for its amazing and reliable performance and delivers a wide range of processors and video cards. The Quad Core processor in the RK3288 achieves a maximum speed of 2.0GHz.

The internal video card / video processor / gpu is the Mali-T764, it has 16 Cores! The Mali video card runs at a speed of 695MHz per core. This makes the Mali-T764 one of the fastest video processors of the moment. OpenGL ES 1.1 / 2.0 / 3.0 is also supported. This makes it possible to display 3D graphics. So if you have a 3D TV, then this Androidbox is ideal for you. 1080p is played even at no less than 60 frames per second. Therefore, all lower resolutions are no problem for the Ugoos UT3 PLUS.

NEON technology only boosts the video card, which supports many more video formats, and heavy games can be played. Streaming is also possible. NEON accelerates multimedia allowing you to enjoy internet streaming. For this, you can use Youtube, for example, as well as using XBMC / KODI . Enjoy your favorite movies and videos, right from the internet and without having to download them!

The working memory of the UT3 PLUS is certainly not small. With a working memory of up to 2 or 4GB of type DDR3, it seems like you're running a high end smartphone. In fact, the UT3 PLUS can measure with one of the faster smartphones on the market. You do not have to worry about apps that can slow down other apps, because the large RAM memory can be very heavily loaded. 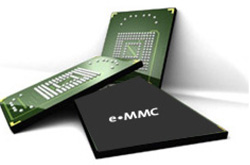 With an internal storage of 16 or 32GB eMMC , you have more than enough space to install a lot of apps and also some movies. Of course, this can also be extended with SD card or external hard drive.

Of course, the Ugoos UT3 PLUS runs on Android. They chose the latest version, namely Android 5.1.1 Lollipop. This gives you a user-friendly interface that is loved by millions of people.

The Google Play Store of Android offers over 1,000,000 apps like Facebook, Youtube, Gmail, Twitter, Picasa, Google+, MX Player, or Chrome. Games like Angry Birds, Wordfeud, Fruit Ninja or Candy Crush Saga can also be downloaded from the Play Store. Android also offers many languages. Dutch is always available and other languages ​​like English, German, Spanish, French, etc. are all featured on Android. 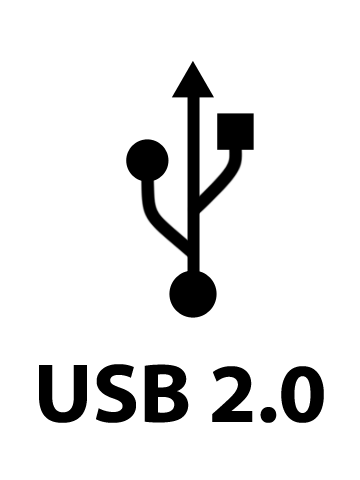 The biggest difference with the UT3S is that the UT3 PLUS has an HDMI in port and that does not have the UT3S.

Ugoos has given the UT3 PLUS 3 USB 2.0 ports, which is ideal for connecting a Flymouse and camera (webcam), but also an external hard drive or other USB device. There is also an on / off button and an adapter for the adapter. The RJ45 Ethernet port allows you to use wired internet. There is also an S / PDIF Optical Out, allowing you to connect your Home Cinema Set to the box. The USB OTG is intended for file transfer. With a supplied HDMI cable, the UT3 connects to your monitor. This box has an HDMI 2.0 port for UHD signals.


The biggest plus at the UT3 is its external WiFi antenna. This ensures a maximum internet connection. The WiFi chip supports WiFi 802.11 a / b / g / n / ac. The N-band is the 5GHz band which is very fast and even reaches 150Mbit / s. The wifi ac band will be the default by 2015. Theoretically, this wifi ac band should be able to get 1.3 Gigabit per second. However, we expect the wifi ac band to really reach about 4 to 5 hundred Mbit / s. Also, the Wifi AC band will only go over the 5Ghz wifi signal. The 5Ghz wifi signal is much faster, but unfortunately, it has less power than the 2.4 ghz signal. Also, the UT3 can be connected via an internet cable, which will always be somewhat more stable than WiFi.

The Ethernet port on this androidbox can speed up to 1 Gigabit per second (1,000,000,000 bits per second!). Then you get everything with the speed of racing. 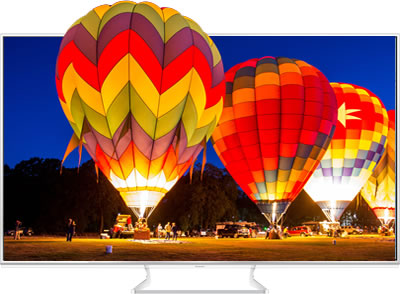 The UT3 Android Boxes support 4K Ultra HD video. This allows you to view breathtaking images as if you are there! The UT3 also supports H.265 encoded videos. H.265 videos are videos of very high quality that you can even stream over low bandwidth connections without overloading them too much.

What's in the box?

Rii Mini ONE I28 - All In One Controller / Operation